skip to main | skip to sidebar

As we drove west to catch the Abilene storms a new supercell went up to our south. Sometime being late to the show gets the ticket.

I'm just glad we found some cover and it held up. I think I found 1 dent from a bouncing stone.

April 17, 2008
Weatherford, TX hailstorm approaching 180 and 20 and fixing to bomb the car dealerships. I manage to stay ahead as I move back to 20 and Bryant Irvin. Luckily for me the size of the hail decreased in my location.

Limited Moisture is all that kept this from being a moderate risk. But on my day off wind profiles like today's were too tempting to not chew on. Target was Wichita Falls. Luckily I noticed a nail in my right rear tire before leaving or things might not have turned out as well.

As we approached SPS we noted fattening towers to the west. We gassed up and continued up 287 and several cells merged in one large beast near Electra. We moved to the south side of town and watched a wall-cloud form as it moved straight at us.

As we moved back to the west side of Electra it turned into a merry-go-round with tornadic rotation. We were blocked from seeing any ground contact but later saw a cone wrapped in the rain. I'll have to review the video that mike shot of this as I was driving at the time. 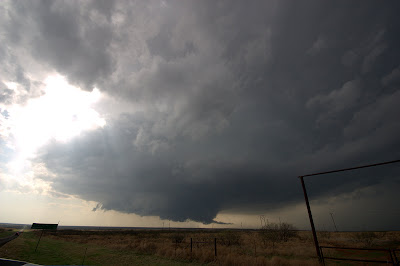 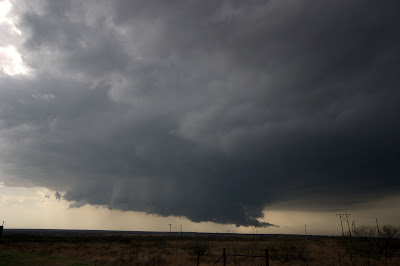 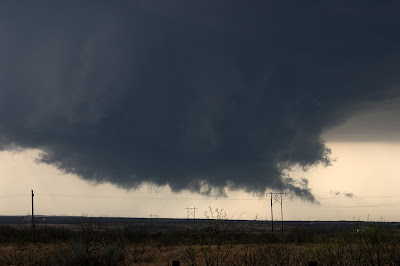 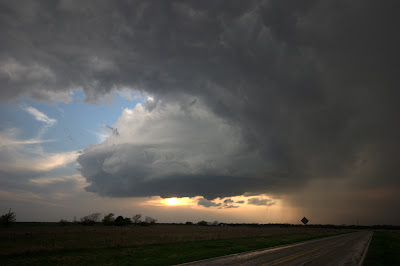 Baylor county storm before getting cut off. 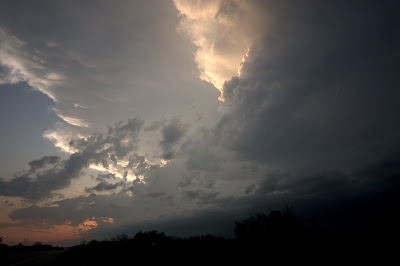 March 31, 2008. Target today was Gainsville, TX but quickly shifted east as storms went up near Grandbury and moved towards DFW.
We eyed the northern storm in southeast Denton, co and got on it in McKinney just as it died.
Next we turned to the best storm which was just north of the Red River, up Hwy 75 and followed it to Hobart and beyond before giving up on a winding back road seemingly from the movie "Deliverance".

Best shot of the day was at sunset as the front lit up.

I put together a short video from March 17th. Just some timelapse set to music. Enjoy!

Bobby Eddins
Fort Worth, TX, United States
I started chasing storms for real in 1991. I'm a self taught forecaster and continue to learn every year. I hosted chaseone.com for several years but now post many of my chases at: facebook.com/bobby.eddins and here.